The PEM electrolyzer: a giant leap for low-carbon hydrogen

Air Liquide has recently finalized the construction of the world’s largest PEM (Proton Exchange Membrane) electrolyzer, equipped with CUMMINS technology, which marks a major step in the Group’s commitment to producing low-carbon hydrogen on an industrial scale. Why is this a key step? Below are all the answers to your questions (and much more).

The hydrogen energy economy took a decisive step forward in 2020. This year marked an unprecedented acknowledgment of the interest that hydrogen represents in the quest to achieve a successful transition to a low-carbon society.

More than 15 European, Asian and North America countries have included hydrogen in their national strategies with major stimulus plans. In order to produce this hydrogen with a minimal carbon footprint, one solution consists of separating the water molecule (H2O) by using renewable electricity: and that is where the water electrolysis process comes into play.

This technology is simple and has been around for a long time. However, its costs have remained high for a long period of time, slowing its adoption and thus its development. The upturn in renewable energies and the decrease in the accompanying cost price is a game changer:  it paves the way for the deployment of electrolysis for the production of low-carbon hydrogen on an industrial scale. With a daily production capacity of 8.2 tons, Air Liquide’s new site in Bécancour (Canada) is proof of this.

Let’s take a look at four points that make its commissioning a major step:

1. It demonstrates the viability of stepping up this PEM technology to an industrial scale

PEM (Proton Exchange Membrane) technology is particularly interesting for the production of low-carbon hydrogen as its functioning is able to better adapt to the fluctuations in available energy - and therefore to the intermittent nature of renewable energies - than other technologies.

One of the regular barriers to the deployment of new technologies is the ability to replicate an experimental model within large-scale production. This was one of the challenges facing this PEM technology. Thanks to the site inaugurated in Quebec, Air Liquide demonstrates that it can be rolled out on a large scale, and that the power of each site can easily be adapted to local resources. The 20 MW power of the Bécancour facility is based on the addition of four distinct units of 5 MW each. That is why it is technically possible to increase the generation capacity of a site by adding additional electrolyzers. 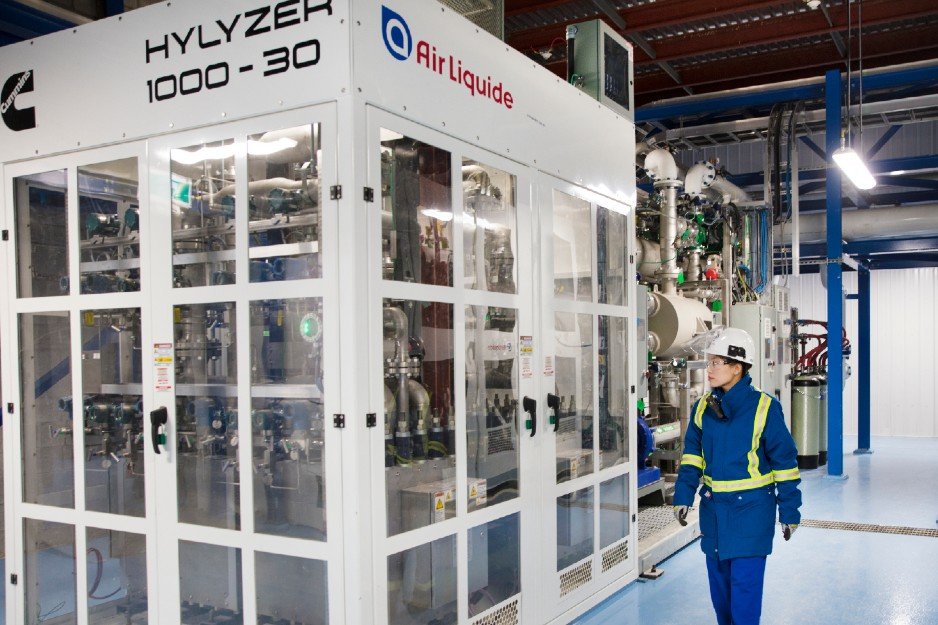 On February 8, 2021, Air Liquide and Siemens Energy announced that they had signed a Memorandum of Understanding with the objective to combine their expertise in PEM (Proton Exchange Membrane) electrolysis technology. They intend to focus their activities on these key areas:

With this cooperation, Air Liquide and Siemens Energy will strengthen their core competencies enabling the emergence of a sustainable hydrogen economy in Europe and to initiate a European ecosystem for electrolysis and hydrogen technology together with other partners.

2. It showcases Air Liquide’s expertise and agility in this field

Air Liquid has made strong commitments for the development of low-carbon hydrogen: the hydrogen that it produces for the mobility market will be low-carbon by 2030. The Group’s ability to rapidly roll out the corresponding production solutions is therefore key.

Despite this being a world first for a PEM electrolyzer of this size and during a public health crisis which slowed the progress of projects in many sectors, the construction of the Bécancour facility was completed in less than two years thanks to Air Liquide’s technical expertise.

3. It proves the relevance of “local hydrogen ecosystems”

In order for hydrogen produced through water electrolysis to be low-carbon, the energy source used by the process must be low-carbon itself. Moreover, to optimize the global carbon footprint, it is important that the hydrogen is used in an area near to where it was produced. For this reason, it is important to be able to rely on a local hydrogen ecosystem, both upstream and downstream, which is the case at Bécancour: 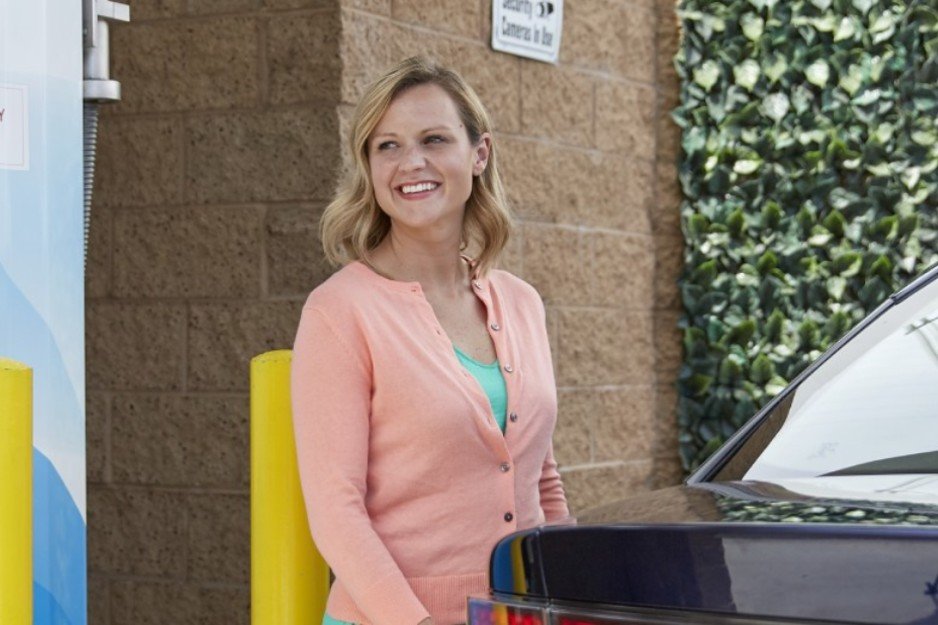 4. It allows for the next generations of electrolyzers to be tested

In addition to the four electrolyzers which produce hydrogen, the Bécancour facility is also a test bed for the next generations of electrolyzers which are currently being developed. As the PEM technology is more recent, Air Liquide is in a position to assess the performance of the next generation of equipment under real conditions, and thus continue to optimize its production technologies. In this regard, the Bécancour facility has become a satellite of the Group’s Innovation Campus Delaware.

For further information regarding the production of low-carbon hydrogen, discover this video by Scilabus, developed in partnership with Air Liquide.