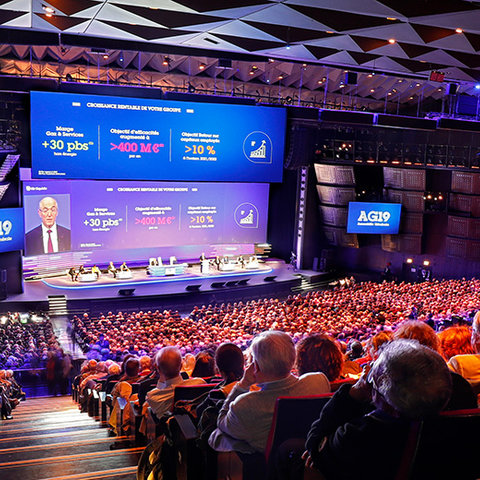 Replies to questions asked prior to the AGM

Questions from Mr and Mrs Mazeran:

Talks are all about electric cars, although the manufacturing and recycling problems related to their batteries seem to raise considerable problems. Would it not be possible to have cars which run on hydrogen, a solution which would have a much lower impact on the environment? Is a hydrogen battery the only possibility or could another form of engine be envisaged?

Our vision is that complementary solutions and technologies will be necessary to replace internal combustion vehicles in order to reduce emissions from the transport sector. There are two types of electric vehicles: those which are powered by a rechargeable battery and those which are powered by a fuel cell (which converts hydrogen into electricity in a vehicle). Each type of electric vehicle meets different usages. However, the manufacture and recycling of batteries does indeed raise a number of questions. Air Liquide has chosen to support the development of hydrogen-powered electric vehicles (for more information on Air Liquide’s activity concerning the use of hydrogen as a source of clean energy, and the Group’s innovations in this area, see pages 29 and 81 to 87 of the 2018 Reference Document).

Since hydrogen molecules are very small, have solutions been perfected in order to make the reservoirs and pipelines impermeable or are the risks of leaks still completely unacceptable? Has our Company engaged in any research in this area?

Each stakeholder (manufacturer, automobile equipment manufacturer, hydrogen producers and distributors…) is working throughout the entire value chain in order to prevent the risk of leaks, whether for vehicle tanks, at the distribution networks or at refilling stations.

As a recognised expert in the hydrogen sector, your company does of course contribute to such work and research, alongside the other companies which are involved.

I have seen that Air Liquide was using liquid nitrogen to cool refrigerated trucks (or CO2). Is this activity being developed? Can it be expanded to refrigerated warehouses, cold-storage rooms etc. and also to the air-conditioning of metro trains or other means of public transport?

Air Liquide’s Blueeze solution is indeed designed to equip refrigerated heavy goods vehicles with nitrogen “cooling” units and to roll out the corresponding nitrogen supply infrastructure. This solution offers a silent, clean and efficient cooling system which makes it possible for the trucks to access city centres in an environmentally-friendly manner. The demand for this solution is increasing, and your company has now rolled out approximately 200 cryogenic units for truck transport and a dozen associated stations in France. We are, moreover, starting to receive requests from transport businesses in other European countries, such as Italy, Spain or the Benelux countries. The Blueeze solution has not been developed for the refrigeration of cold-storage rooms or warehouses, since it is not the most appropriate solution from an economic viewpoint.

Blueeze is not, furthermore, suitable for public transport, since the temperatures produced are too low for comfort (from 2°C to -10°C). In order to expand its offer, your Group recently developed a solution using CO2, intended for light-duty vehicles with smaller volumes of refrigerated storage units. Called Cryocity™, this new solution has comparable benefits to those of the Blueeze solution and has been developed by our researchers, based on the use of dry ice. Initial tests on the prototype with two French partners have proved very successful.

I have also seen that it was possible to make solid hydrogen. Is Air Liquide conducting research in this sector? Would it not be an economic means of transporting energy?

Solid hydrogen is not strictly speaking solid, but rather adsorbed hydrogen, as it is "chemically combined" within a solid. The storage of solid hydrogen can be of interest for certain specific applications, including in particular for portability or mobility over short distances (scooters, bicycles…). Air Liquide takes a keen interest in this technology, in particular through 2 start-ups in which the Group has interests, through its subsidiary ALIAD (its venture capital vehicle). As at today’s date, the experiments and proposed solutions are still at a preliminary stage.

Can we hope to see, in the near future, a hydrogen-powered French car (associated with Air Liquide)?

Air Liquide is currently working in collaboration with foreign automobile manufacturers which develop hydrogen-powered vehicles and, more generally, with companies involved in this sector, including French ones.

Mr Jean Paul Agon is a full-time manager of a company whose corporate purpose can be summarized as follows: "To contribute throughout the world to the beauty of women and incidentally to that of men." This curious presence therefore raises several questions concerning him: Why aren’t his responsibilities at L’Oreal clearly mentioned in the various documents addressed to the shareholders?

The duties of the members of the Board of Directors are contained in Air Liquide’s Reference Document, which is available on the airliquide.com web site (for Mr Agon, see page 116 of the 2018 Reference Document) and in the Invitation to Shareholders’ Meeting made available to the shareholders (page 26 of the 2019 meeting notice for Mr Agon). Accordingly, it is indeed mentioned that Jean-Paul Agon is Chairman and Chief Executive Officer of the L’Oréal group.

Given its corporate purpose, how can the company L’Oreal make a meaningful contribution to Air Liquide?

It is specified that the company L’Oreal is not itself a director of Air Liquide. Mr Jean-Paul Agon is a director in his personal capacity. As stated on page 91 of the 2018 Reference Document, Mr Agon brings to the Group his experience as director of a large, international firm, together with his knowledge of the consumer product markets.

Finally, the presence of Mr Agon on the Board provides him with additional directors’ fees when he is already comfortably remunerated on a full-time basis by L’Oreal. Given that when he is present at Air Liquide, he is absent from L’Oreal, when he receives directors’ fees from Air Liquide, does he pay fees for his absence to L’Oreal?

Directors’ fees are allocated to the directors in remuneration for their work on Air Liquide’s Board and Committees, independently of any office which they may hold elsewhere.

Second, I would like to have explanations concerning the reason for the presence of Mr Thierry Peugeot. Admittedly, Peugeot’s activity is very complementary to that of Air Liquide at a time when we are talking about hydrogen-powered cars, although it would be better to talk about boats, as a more pressing matter. However, when the question of the future of hydrogen-powered cars was posed, it was not Mr Peugeot who replied but instead Mr Potier. This seems to show that the Peugeot family is no longer in control of the medium-term decisions of its founder’s company. In such circumstances, would it not be preferable to have a Chinese representative on the Board?

Mr Thierry Peugeot is a director in his personal capacity and not as a representative of the PSA group. Moreover, since these are questions from shareholders relating to Air Liquide’s activity, the answers are provided by its legal representative, Mr Benoît Potier.